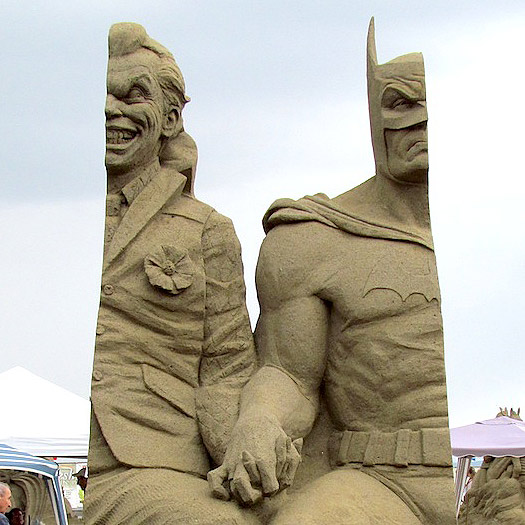 Introducing A Little SANDarchy. Ephemeral Art — 1st Place: MY BETTER HALF. The team of David Ducharme (Winlaw, B.C.) and Marielle Heessels (Rijen, Netherlands) crafted a stunning sand statue of the Joker and Batman playing footsie with each other at the 33rd annual Canadian Open Sandsculpting Competition in Parksville, B.C., July 2015. "We got this idea because Batman and the Joker are two sides of the same coin — one cannot live without the other," Heessels told the HuffPost in an email. Sculpting competitors chosen from around the world based their piece on this year's theme of "Hero vs Villain". 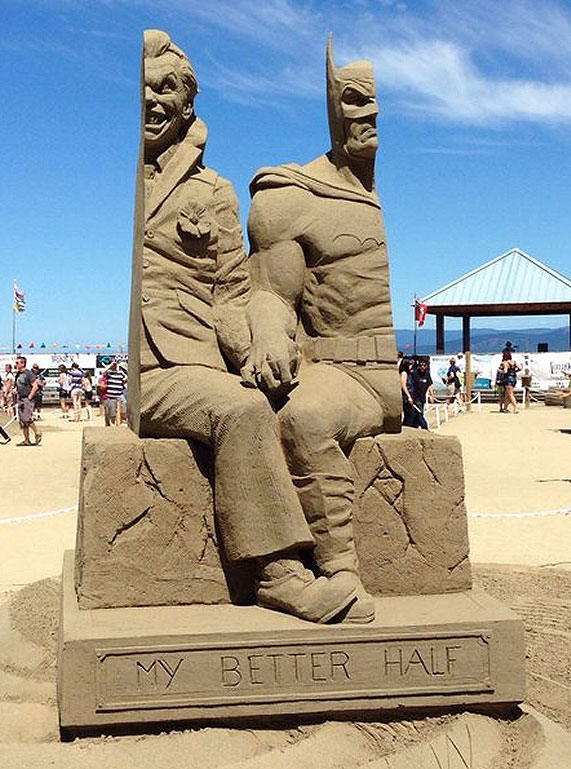 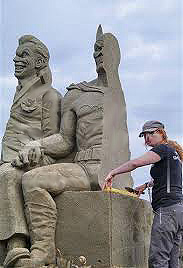 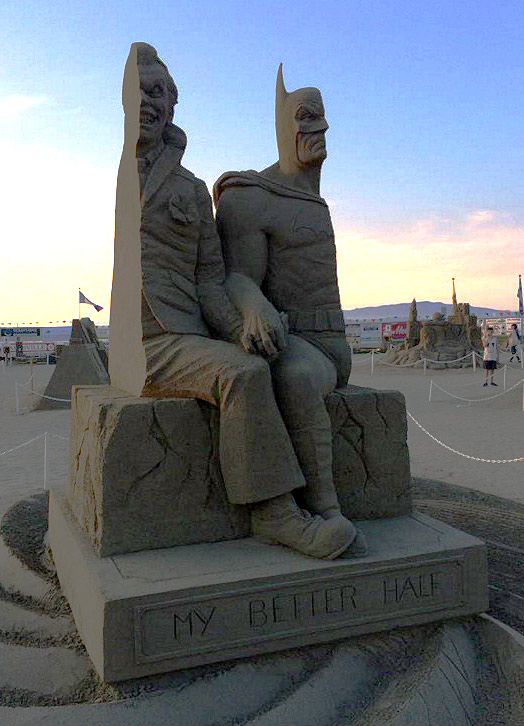 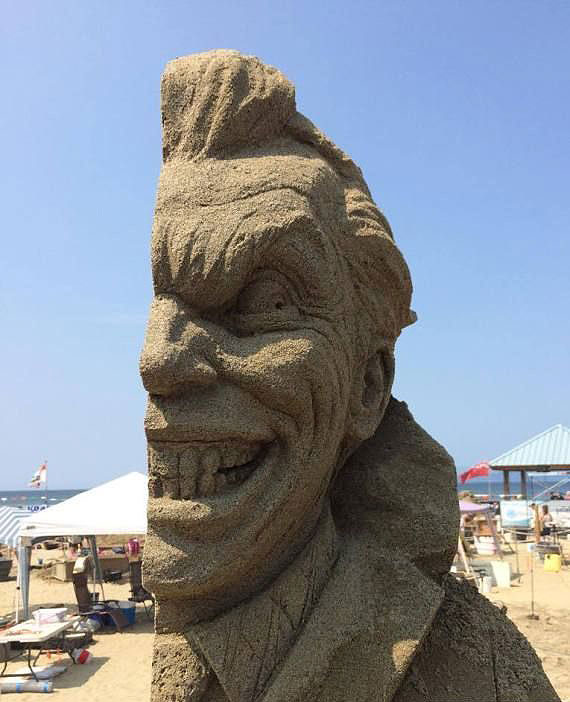 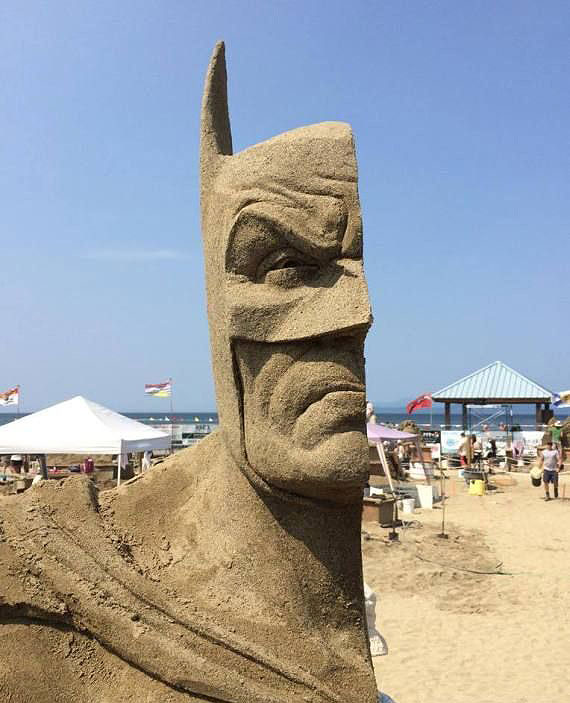 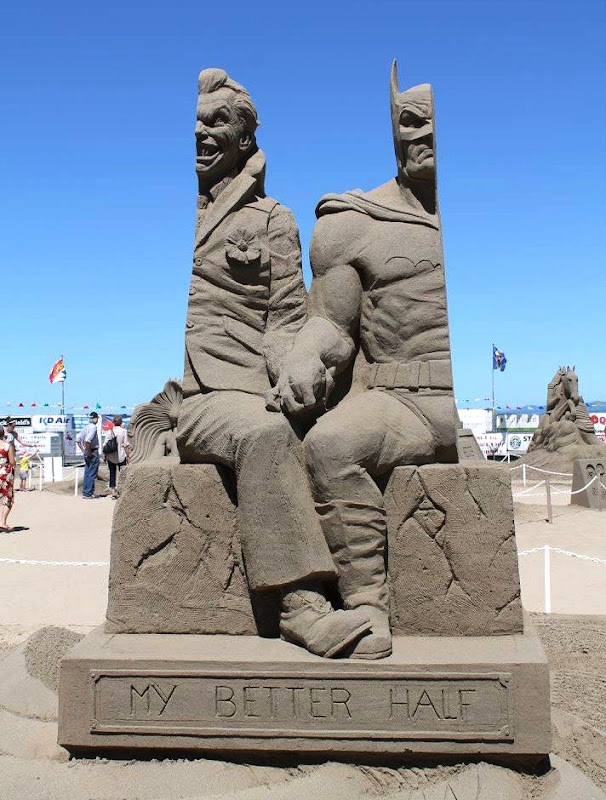 
This article compelled me to take a look at it. I has been amazed me.