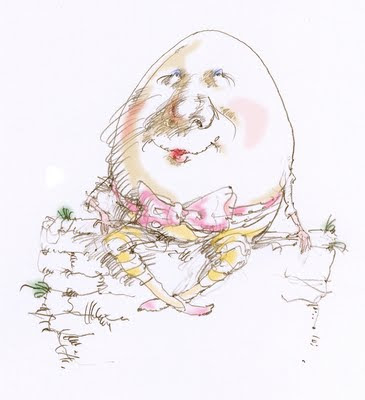 Humpty Dumpty sat on the wall,
Humpty Dumpty had a great fall.
A noble horse-guard, one of the king's men,
Urgently contacted old Mother Hen.

Humpty's mother was quite surprised,
She clucked- 'my son had been advised,
But as eggs go he had always been queer
And wont to wear the most outrageous gear'.

The Rooster said, 'he wouldn't hatch,
He was the odd one of the batch'.
Despite all the cock's paternal power,
Humpty preferred to be a wall-flower.

Thus Humpty sat on Humpty's wall
Which sadly led to Humpty's fall.
A less futile fate he could well have met,
Either boiled, or poached, or as an omelette.
The earliest version of the nursery rhyme of Humpty Dumpty was published in 1803, a manuscript addition to Mother Goose's Melody (Mirino).
___ 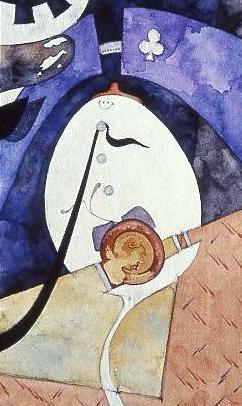