The Domus Aurea (Latin, "Golden House") was a large landscaped portico villa built by the Emperor Nero in the heart of ancient Rome, after the great fire in 64 C.E. had cleared away the aristocratic dwellings on the slopes of the Palatine Hill. The pleasure villa had hundreds of rooms, gardens and artificial lakes. His architectural complex was built on some 300 acres (1.2 km2).

Built of brick and concrete in the few years between the fire and Nero's suicide in 68, the extensive gold leaf that gave the villa its name was not the only extravagant element of its decor: stuccoed ceilings were faced with semi-precious stones and ivory veneers, while the walls were frescoed, coordinating the decoration into different themes in each major group of rooms.

The Golden House was designed as a place of entertainment, as shown by the presence of 300 rooms without any sleeping quarter. Nero's own palace remained on the Quirinal Hill. Strangely, no kitchens or latrines have been discovered yet either.

Frescoes covered every surface that was not more richly finished. The main artist was Fabullus. Fresco technique, working on damp plaster, demands a speedy and sure touch: Fabullus and assistants from his studio covered a spectacular amount of wall area with frescoes. Pliny the Elder, in his Natural History (77 CE.), recounts how Fabullus went for only a few hours each day to the Golden House, to work while the light was right. The swiftness of Fabullus's execution gives a wonderful unity and astonishing delicacy to his compositions. 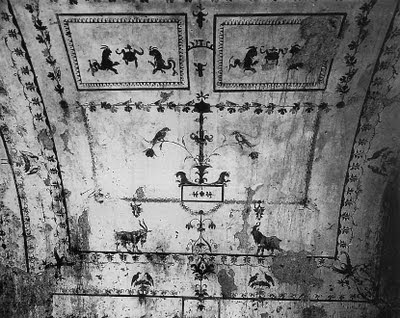 View of the cryptoporticus with illusionistic candelabra and figures from the Domus Aurea (Golden House of Nero), Rome (German Archaeological Institute, Rome). 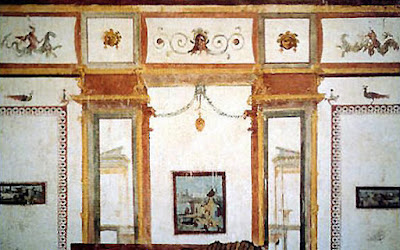 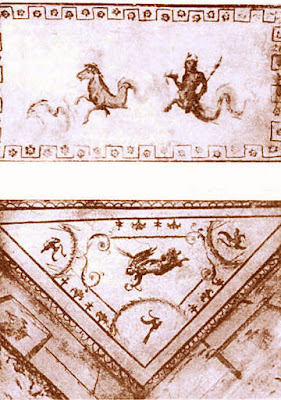 Fresco details from the Domus Aurea of Nero, Rome
The Domus Aurea (Golden House), located between the Esquiline and Palatine Hills, was one of Nero's most extravagant projects. As everybody knows, two-thirds of the city of Rome were destroyed by a great fire in 64 AD. Nero used most of this land as a site for his new complex, which was not so much a palace as a series of buildings scattered over a landscaped "countryside", including an artificial lake. The main building was extravagantly crafted, and boasted rooms and hallways decorated almost entirely in gold. In the case of the Domus, we know the names of the architects in charge of the project, Severus and Celer, and that of Fabullus, the painter who decorated many rooms.

One of the most visible features of the Domus Aurea was the Colossus Neronis: a 36 meter (120 ft) high bronze statue of Nero placed just outside the entrance. This monstrosity was built in imitation of the Colossus of Rhodes, one of the Seven Wonders of the Ancient World.

The area of the property was 985 feet long by 295 feet in width or depth. Among the other things there was an amphitheatre, a market, and bath-gymnasium complex, served by an aqueduct 75 Km (50 miles) long. Baths were served by a flow of both salted water and sulphurous one from the Albulae springs near Tivoli. Upon the Caelian Hill there were beautiful gardens, zoos, woods and parks where all kinds of animals roamed. There were hundreds of statues, grottoes, fountains, nymphaeums, porticoes painted with romantic landscapes; multiple waterfalls flowed all over. The lake - where the Colosseum was later built - was surrounded by woods and fake sea villages, and it was so big that ships could manoeuvre in it. The rooms of the palace were decorated with rare stones and mother of pearl; in the banquet rooms the guests were inundated by flowers and perfumes from the ivory ceilings. One of the most famous of these rooms featured a circular roof painted with the stars and the planets, that revolved mechanically imitating the movement of the stars.

After the death of Nero, Vespasian reopened the property to the public, and the palaces of Nero were destroyed or recycled. The building we call Domus Aurea was covered by earth and on top of it were built around 80 AD great public baths called the Baths of Titus. Later on, from 104 to 109, Emperor Trajan built another massive complex of baths, dwarfing Titus' complex, the ruins of which can still be seen in the park of Colle Oppio. Enormous foundations were placed in the palace of Nero to support the new buildings, and this also helped to preserve what remained of the Domus. The ruins of the Domus were rediscovered by the artists in the XV century, and its paintings became a source of inspiration for many of them (e.g. Raphael in his decoration of the Logge Vaticane). Many of them left their graffiti on the walls. The Domus Aurea was then called "le grotte", and this seems to be the origin of the term "grottesco" (grotesque) for that particular style of painting (The Colosseum). 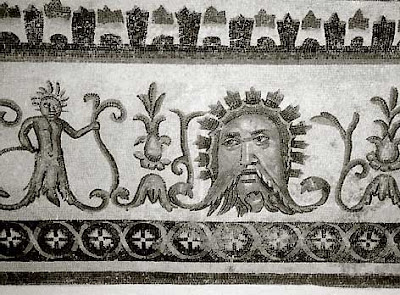 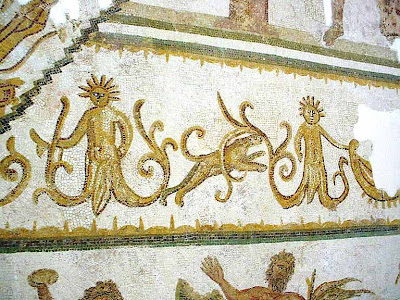 It can be seen most obviously in Raphael's decoration for the loggias in the Vatican, and the white walls, delicate swags, and bands of frieze, framed reserves containing figures and landscapes, which have returned at intervals ever since, notably in late 18th century Neoclassicism, making Fabullus one of the most influential painters in the history of art.

After Nero's suicide, the complex was stripped of valuables, filled in with earth, and buried for over 1500 years, until it was accidentally discovered by a boy who fell into a hole in the earth.

as the remains of the Domus Aurea were discovered under the Esquiline hill in Rome, artists including Raphael lowered themselves down on ropes into its subterranean painted galleries. The Renaissance frescoes this opulent palace inspired – all fantastical foliage, masks and satyrs – was called “grotesque” from grotto (cave) because the underground corridors were like caverns.

Sixteen rooms of the Domus Aurea were discovered during the first systematic excavations carried out by Pope Clement XIII. Parts of the Domus —known then as Nero's grotte— were known prior to Clement's initiative.

The effect of the Domus Aurea frescoes on Renaissance artists was instant and profound. Its imagery was copied incessantly by Pinturicchio, Ghirlandaio, and Raphael.

In the late seventeenth century, Pietro Sante Bartoli uncovered other rooms of the Neronian complex and published a series of drawings based on these decorative motifs. The full luxury of Nero's Domus was unveiled between 1758 and 1769. An album of sixty etchings was published by the antiquarian Mirri in 1774, together with drawings and watercolor engravings by other artists. 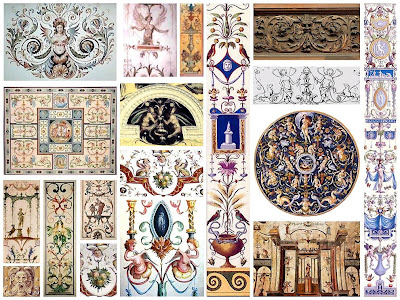 Italian Renaissance Grotteschi, sometimes also referred to as La grottesca. Grotteschi (Grotesques, digital montage of images) by Mariano Akerman is licensed under a Creative Commons Attribution-NonCommercial-NoDerivs 3.0 Unported License. Based on a work at 3.bp.blogspot.com. For educational use only.

Online Resources. On Nero's building complex known as the Domus Aurea (Golden House), see Alargos, Tendências do imaginário and Antika. See also the Domus Aurea Image Gallery. On the importance of the Domus Aurea imagery during the Renaissance, see Alberti's Window. Francisco de Holanda made watercolors of a Domus Aurea room known as the Sala dalla Volta Dorata in 1538. His work is consonant with the remaining fragments of the original chamber, which were photographed in 2012, as L.A. Miller y M. Durand have aptly demonstrated. Both researchers have also put in evidence the presence of various irregularities and imprecisions in the engravings showing the same chamber and which were made by Vincenzo Brenna, Franciszek Smuglewicz and Marco Gregorio Carloni much later (Vestigia delle Terme di Tito e loro interne pitture, Roma, 1776; Orientalist, Domus Aurea 1776 and The Mystery of Plate 42). Additional images of Vestigia can be found in the Giornale Nuovo. 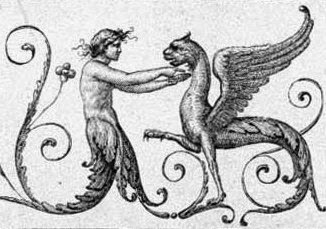