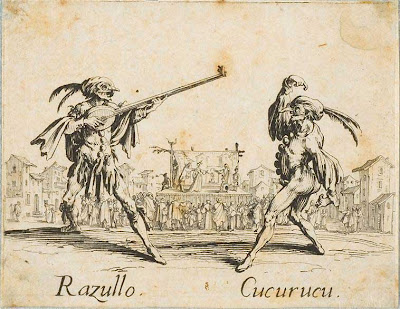 French artist Callot (1592-1635) had a genius for caricature and the grotesque. His series of plates of single or dual figures—for example, the Balli di Sfessania (Dance of Sfessania), the Caprices of Various Figures, and the Hunchbacks—are witty and picturesque, showing a rare eye for factual detail (Encyclopædia Britannica). 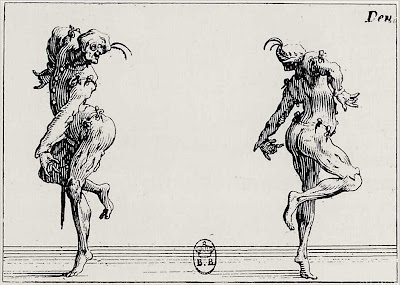 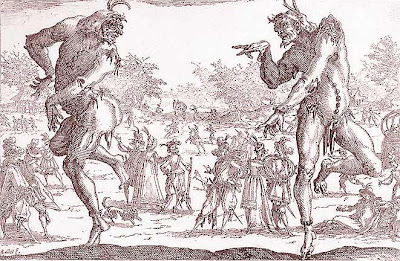 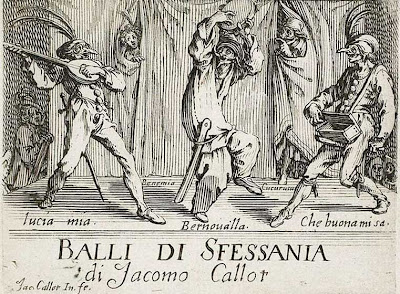 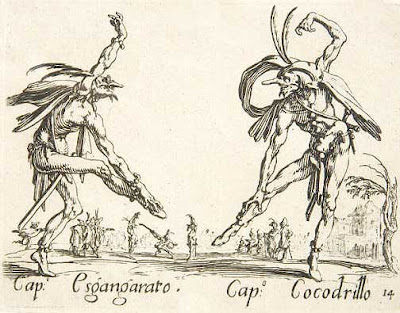 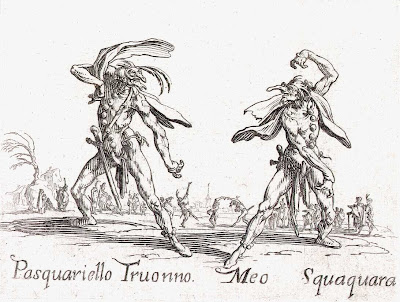 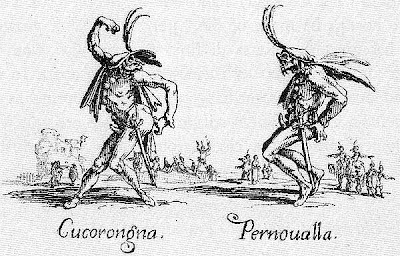 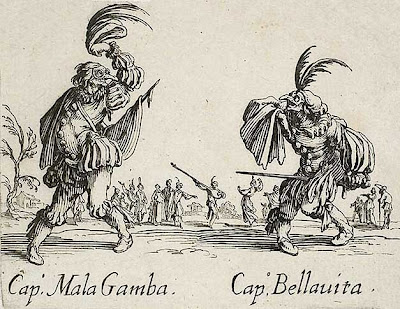 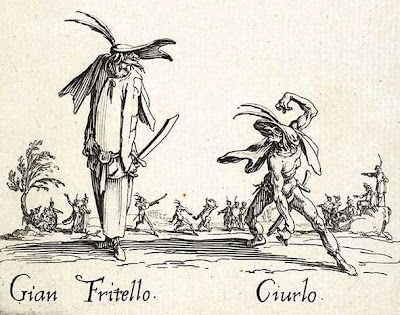 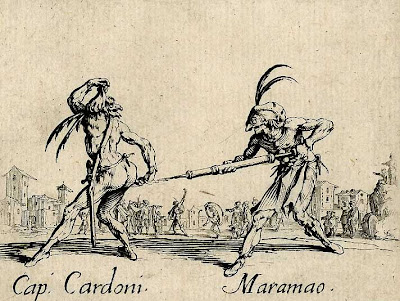 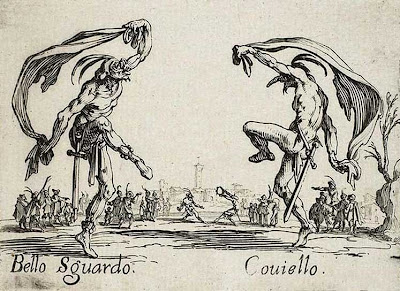 Bello Sguardo & Coviello
This etching series shows Napolitan actors who relate to the Commedia dell'arte. The prints are Callot's most exuberant and delightful. They depict dances known in Neapolitan dialect as the sfessania. Such dances, as Callot's etchings demonstrate in salacious detail, are characterized by violent and sometimes obscene physical contortions and gesticulations. Each plate features a pair of figures pulled from the repertoire of popular entertainers, with their balletic interactions running a comic gamut from mock grace to blatant crudity. Lively little scenes fill out the backgrounds of some of the dances, offering engaging glimpses of fairground activity in Callot's time (Cybermuse).

Followers. The influence of Callot can be felt in a number of prints by his followers. Such works present certain similarities with Callot's oeuvre, but their quality is different. 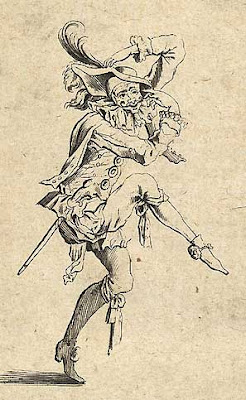