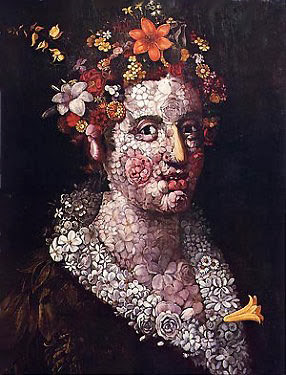 If Nature always compensates for a disadvantage by an advantage elsewhere, so does Art. 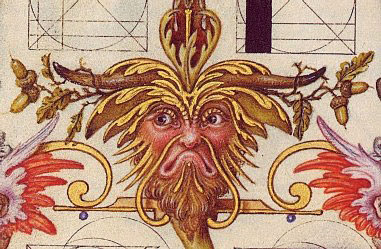 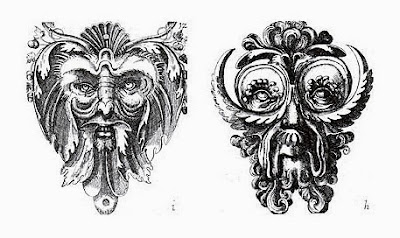 2. Two grotesque heads, engraved by Frans Huys, after designs by Cornelis Floris, 1555. In Flanders, "an artist called Cornelis Floris designed 18 sheets with human faces made up from vegetal elements, some highly stylized, others still recognizable as leaves and fruits." They were engraved by Frans Huys in Antwerp. These designs intermixed a dash of Gothic drôlerie into the Classical grotesque. 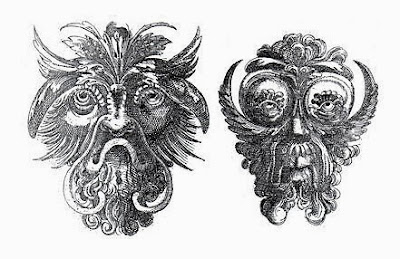 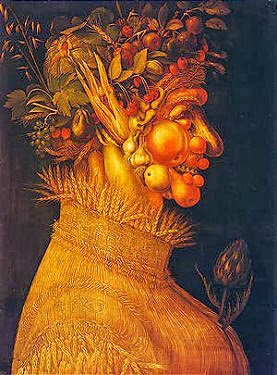 4. Giuseppe Arcimboldo, Summer, 1573. From the complete set of seasons dating from 1573, that today hangs in the Louvre. If you look at the figures’ collars of plaited straw, you will see Arcimboldo’s ‘signature’ thereupon (in the various sets of four seasons, the Summer pictures alone bear his name). This 'composed head’ is one of several series of paintings illustrating the Four Seasons that Arcimboldo executed during the 1560s and ’70s. The original Seasons were painted ca. 1563, for the Hapsburg emperor Maximilian, to whom they were formally presented in 1569. (Of that set, only Summer and Winter, both currently in Vienna, are known to have survived). 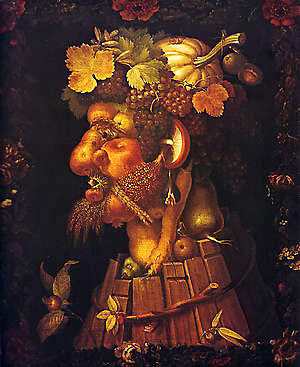 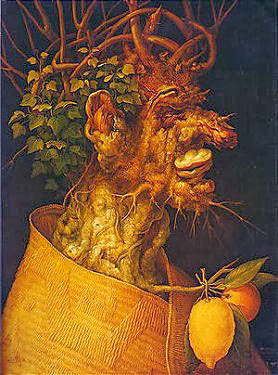 6. Arcimboldo, Winter, 1562. Kunsthistorisches Museum, Vienna. This is possibly the first canvas on the subject that the artist painted. 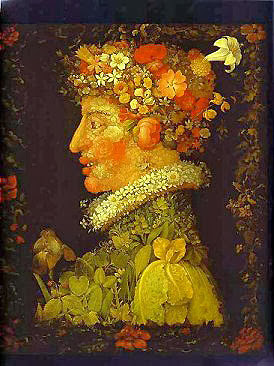 7. Arcimboldo, Spring, 1569. Real Academia de San Fernando, Madrid. The painting above is from a set which found its way to Spain, possibly as a gift from the German Hapsburgs to their Spanish cousins. 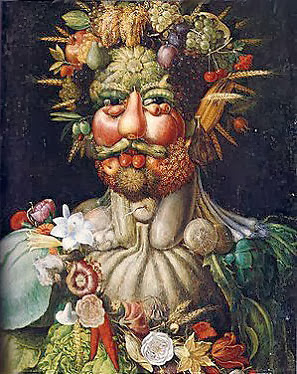 9. Arcimboldo, Vertumnus, 1591. Vertumnus was the Roman God of the seasons, of the changes and ripening of plant life. A deity apparently imported from the Estruscan pantheon, He was the patron of gardens and of orchards. In common with most divinities worthy of mention, He could transform himself into various guises. It was by assuming the shape of an old woman that he came to win the attention of the garden Goddess Pomona, or so the fable tells it. Vertumnus […] undergoes changes with an end in view, changing his figure several times to enter into the good graces of the beautiful nymph Pomona; that is, he personifies changes in cultivation to obtain the fertility of the fields represented by Pomona, the goddess of fruits (Mario Praz). 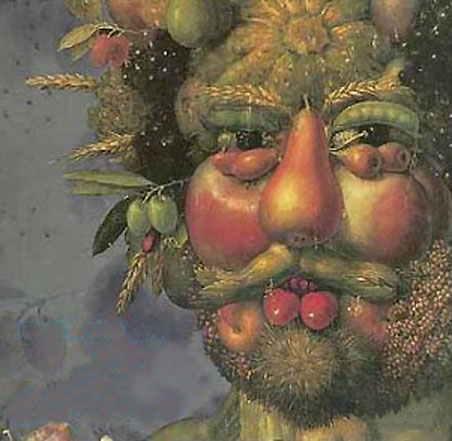 Arcimboldo’s Vertumnus is one of the latest, and perhaps the very best surviving example of the artist’s ‘composed heads’. He painted it in 1591, during his final visit to his native Milan. Fruits and flora in the picture suggest the features of the Emperor Rudolf II, Arcimboldo’s patron. 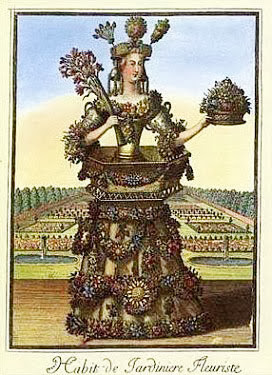 10. "Habit de Jardinière Fleuriste" (Costume of Flower-Seller Gardener). An image from a series entitled Les Costumes Grotesques: Habits des métiers et professions. Published in 1695 by Nicolas de Larmessin (there seem to have been four generations of Nicolases in the de Larmessin family). Nicolas II (d. ca. 1694) or III (d. ca. 1725) would seem the likeliest suspects. These light-hearted images seem to carry just a faint aftertaste of Arcimboldo's grotesques. Unusually for a series of late 17th century prints, they seem to be widely-available in poster form.