Born July 31, 1901, in Le Havre, France, Jean Dubuffet attended art classes in his youth and in 1918 moved to Paris to study at the Académie Julian, which he left after six months. During this time, Dubuffet met artists such as Raoul Dufy, Max Jacob, Fernand Léger, and Suzanne Valadon, and became fascinated with Hans Prinzhorn’s book on psychopathic art. He traveled to Italy in 1923 and South America in 1924. Then, Dubuffet gave up painting for about ten years, working as an industrial draftsman and later in the family wine business. He committed himself to becoming an artist in 1942. Dubuffet’s first solo exhibition was held at the Galerie René Drouin, Paris, in 1944. During the 1940s, the artist associated with André Breton, Georges Limbour, Jean Paulhan, and Charles Ratton. His style and subject matter in this period owed a debt to Paul Klee. From 1945, he collected Art Brut, spontaneous, direct works by untutored individuals, such as mental patients. The Pierre Matisse Gallery gave him his first solo show in New York in 1947.

The term Art Brut was first used by the painter Jean Dubuffet to refer to a range of art forms outside the conventional dictates of the art world. He amassed a large collection of graffiti art and art made by the mentally ill, prisoners, children, and other naive (untrained) artists, whose raw or innocent vision and directness of technique he admired. In turn, he sought to emulate these qualities in his own work, and in 1948 he established a society to encourage the study of Art Brut. This kind of art has also been referred to as “outsider art;” that designation has been applied to Dubuffet’s own work (Guggenheim Online). 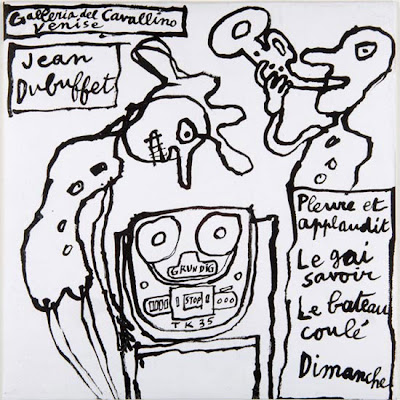 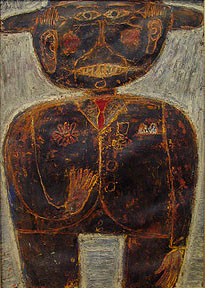 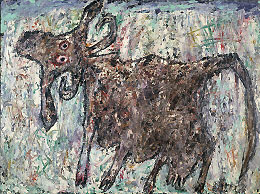 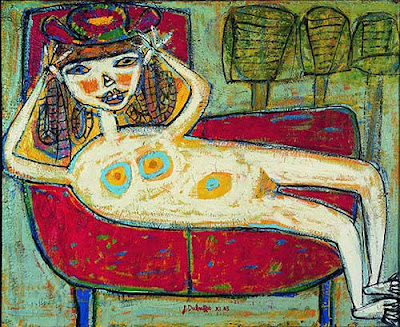 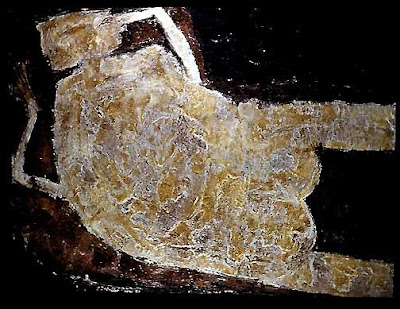 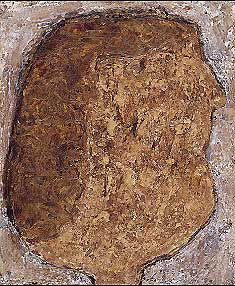 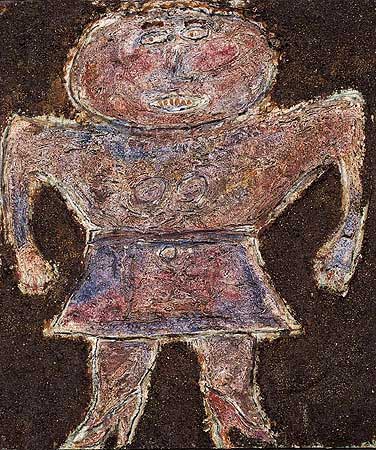 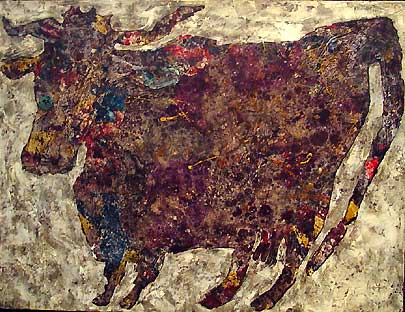 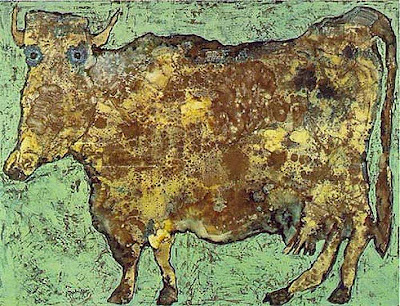 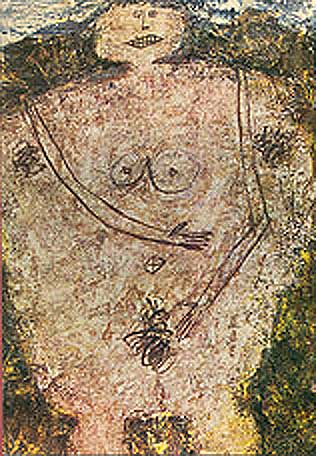 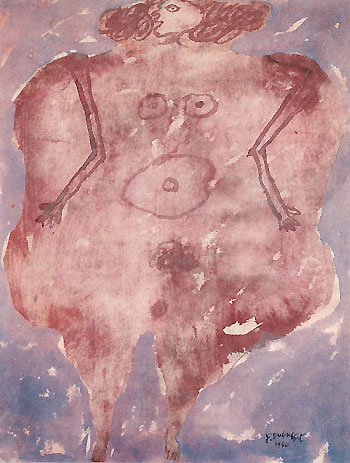 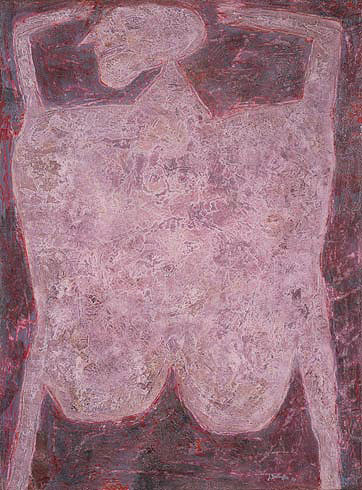 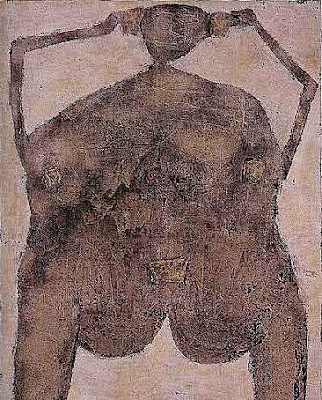 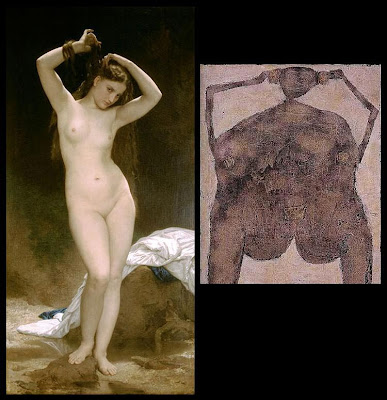 Two women: one in academic style by Bouguereau (Baigneuse, 1890); the other conceived as "art brut" by Dubuffet. 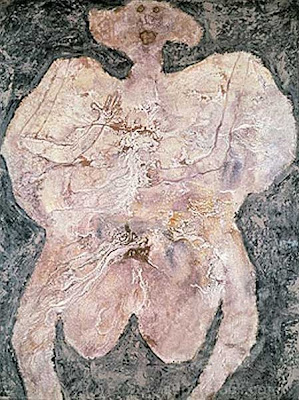 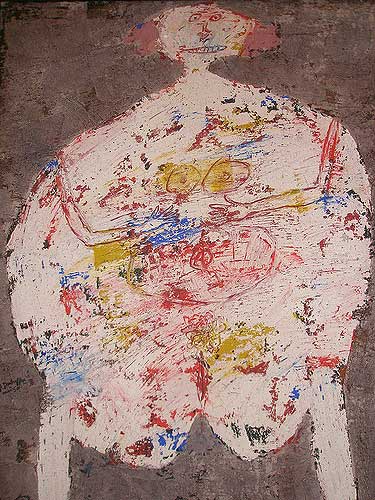 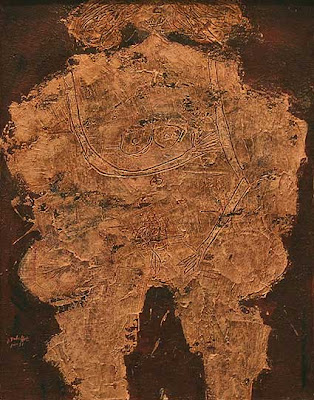 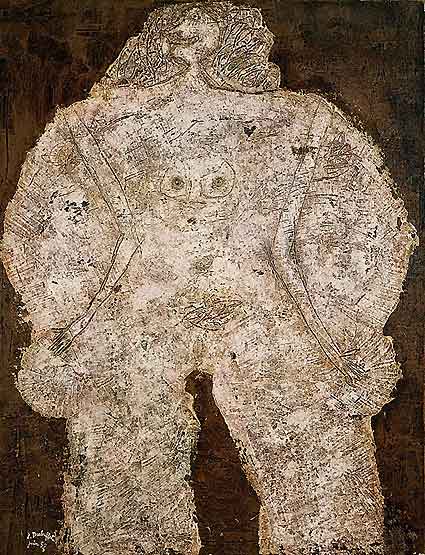 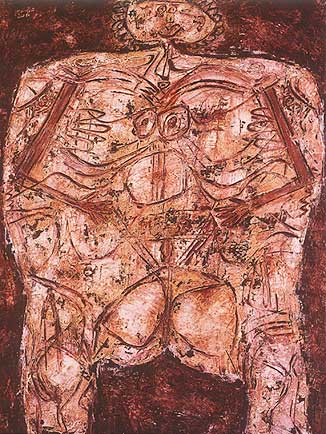 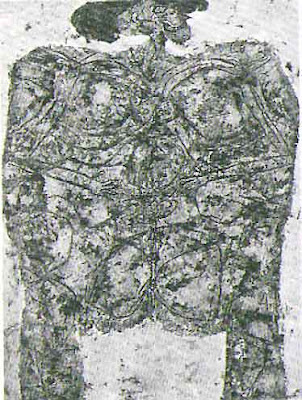 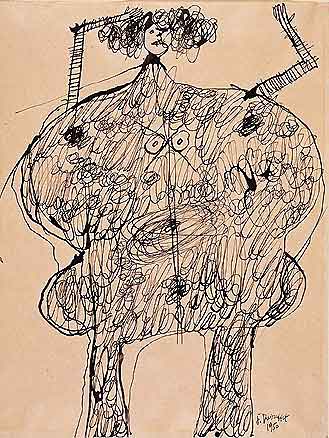 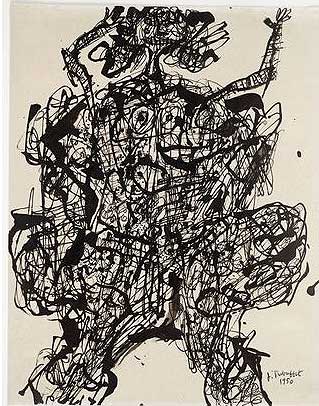 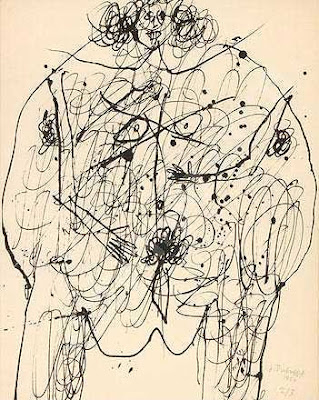 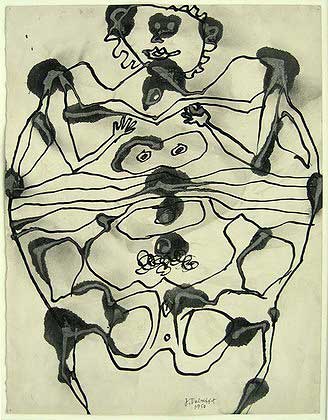